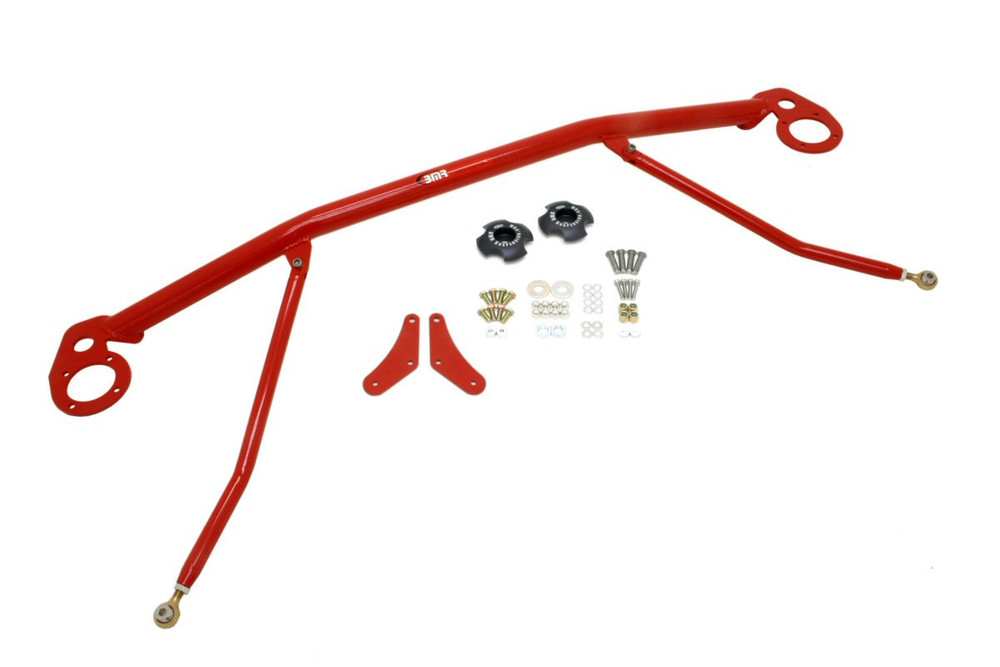 The fifth generation of Chevrolet's F-body is GM's most rigid platform to date however that doesn't mean it can't be improved upon. Strut towers are subject to more load than most people realize and even normal everyday driving can deflect the towers a measurable amount. Aggressive driving and especially track driving can move the towers around enough to create erratic handling inconsistencies and temporary alignment drift. Most of this load is directed inward as the strut/spring compresses and attempts to close the distance between the two towers. BMR's front Strut Tower Brace reinforces the front end by tying the two strut towers together, effectively canceling tower deflection.
BMR's Strut Tower Brace is manufactured from large diameter 1.75" x .120" tubing with heavy duty 1/4" thick mounting plates. The braces mount directly to the top of the strut towers at the highest leverage point for the greatest amount of stability. The upper strut retainer is replaced with BMR's billet aluminum, high clearance retainer.

BMR's 4 point Strut Tower Brace goes a step further by tying the front fenders and core support together with the strut towers. The 4 point links are made from 1" DOM tubing and use heavy duty 1" clevises and QA1 rod ends. Both versions available in red or black hammertone powdercoat.