Tick Performance’s Grubb Worm fourth-gen Camaro smashes the GM/6-Speed ¼-mile record with a run of 7.546 at 190 mph. Tick Performance Owner Jonathan Atkins, pilots the 1997 Camaro Z/28 to several records this past weekend at the FL2K event at Bradenton Motorsports Park in Bradenton, Florida.

The Grubb Worm Camaro now holds unofficial records as the world’s quickest/fastest LT1-powered vehicle and the quickest T56, and the quickest RWD/H-pattern car in the US. The Camaro rolled off the trailer this weekend to make the first pass at 7.732 E/T at 186 mph. The car got progressively faster with a 7.598E/T at 187mph pass the following day, and finished the weekend with 7.546 E/T at 190 mph, the current record.

The GM/6-Speed record has been an increasingly popular with the rise in stick-shift classes. One of the first was Taner Bosnali in a LT1-powerd F-body, dipping into the 9-second E/Ts in 2001. He was also the first to break into the 8s shortly after. Ray Bulach took the record with an 8.63 ¼-mile pass in his blue fourth-gen Camaro with a turbocharged LS, in 2014. Last year Garrett Mitchell, aka “Cleetus McFarland,” upped the record into the’ 7s with a 7.824 E/T at 176.57 mph. Then earlier this year, Jared Cocanougher reset the record with a 7.8209 at 190 mph. 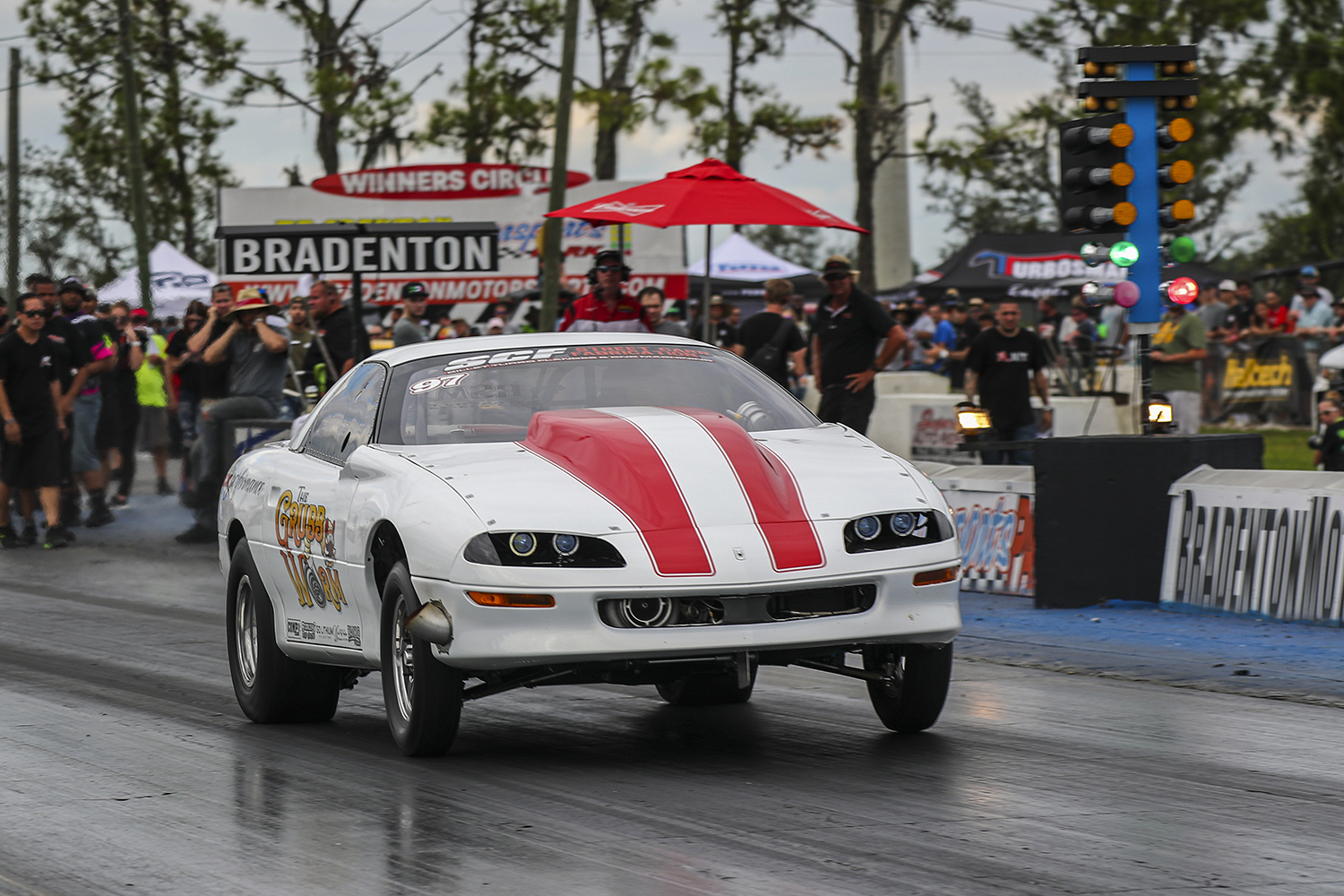 The Grubb Worm was working hard to dip into the 7s earlier this year, with the same engine that came in the car. When prepping for the TX2K event in March, a crack was discovered in the block. The team rebuilt the engine adding Hard Block filler and finished two events while a new engine was being assembled. This new engine, introduced at FL2K this past weekend, features a stock block with Hard Block filler, a forged rotating assembly, and more compression, gaining the nickname Grubb Worm 2.0. This new build is also based on a stock LT1 block from a mid-90s Caprice, with factory-style heads and a factory LT4 intake.

The car started with an EFI Connection 24x but now runs Holley Dominator EFI. The Holley system controls boost, timing, and handles the duty of the 2 step, boost builder function, torque-cutting during shifts, and line lock. The Holley 7in dash display is accompanied by the Tick Performance Digital Dash display module. There are no other gauges in the car.

The car originally belonged to customer Randy Grubbs, hence the nickname Grubb Worm. That's when Jonathan fell in love. An early build featured -13cc dish pistons, a single turbo, and 900 whp on pump gas. "I was a die-hard LS fan and LT hater until I started the tuning process on this car," said Jonathan. Around three years ago he bought the car and kept the manual transmission. "I like the challenge of driving a fast stick car, and I make my living building manual transmissions, so having a stick shift racecar just seems necessary."

Despite the success, "internet records aren't that important to me," said Jonathan. He wants to be more competitive on the track. "Ultimately, we want to show what our transmissions are capable of. It's also fun to show just how fast an 'ol Junk LT can run vs. a sea of AWD imports, LS swaps, and mod motors. It's more fun when you're the underdog!"

They plan to turn up the power at the World Cup Finals: Import Vs. Domestic in Maryland Oct. 30th. 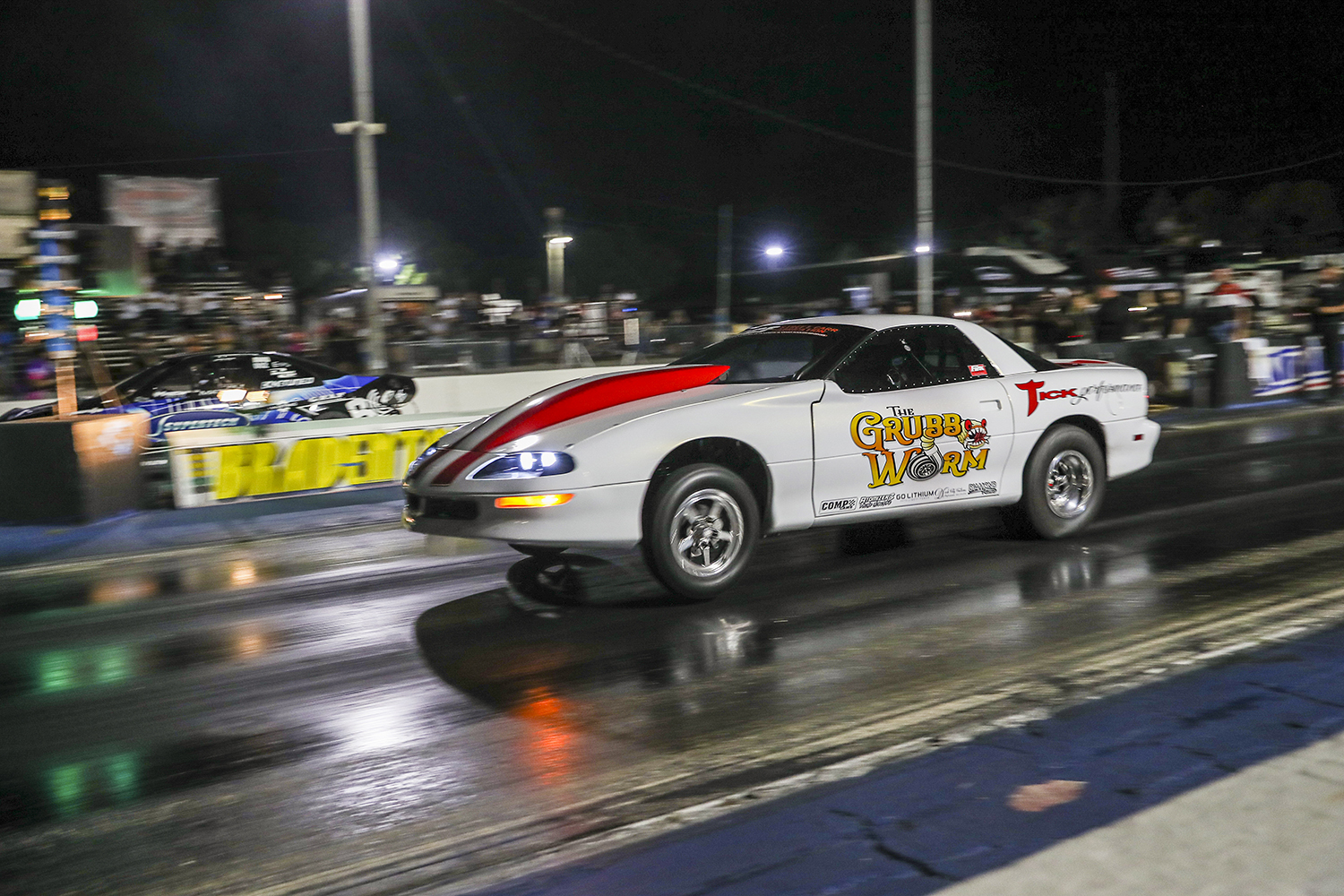 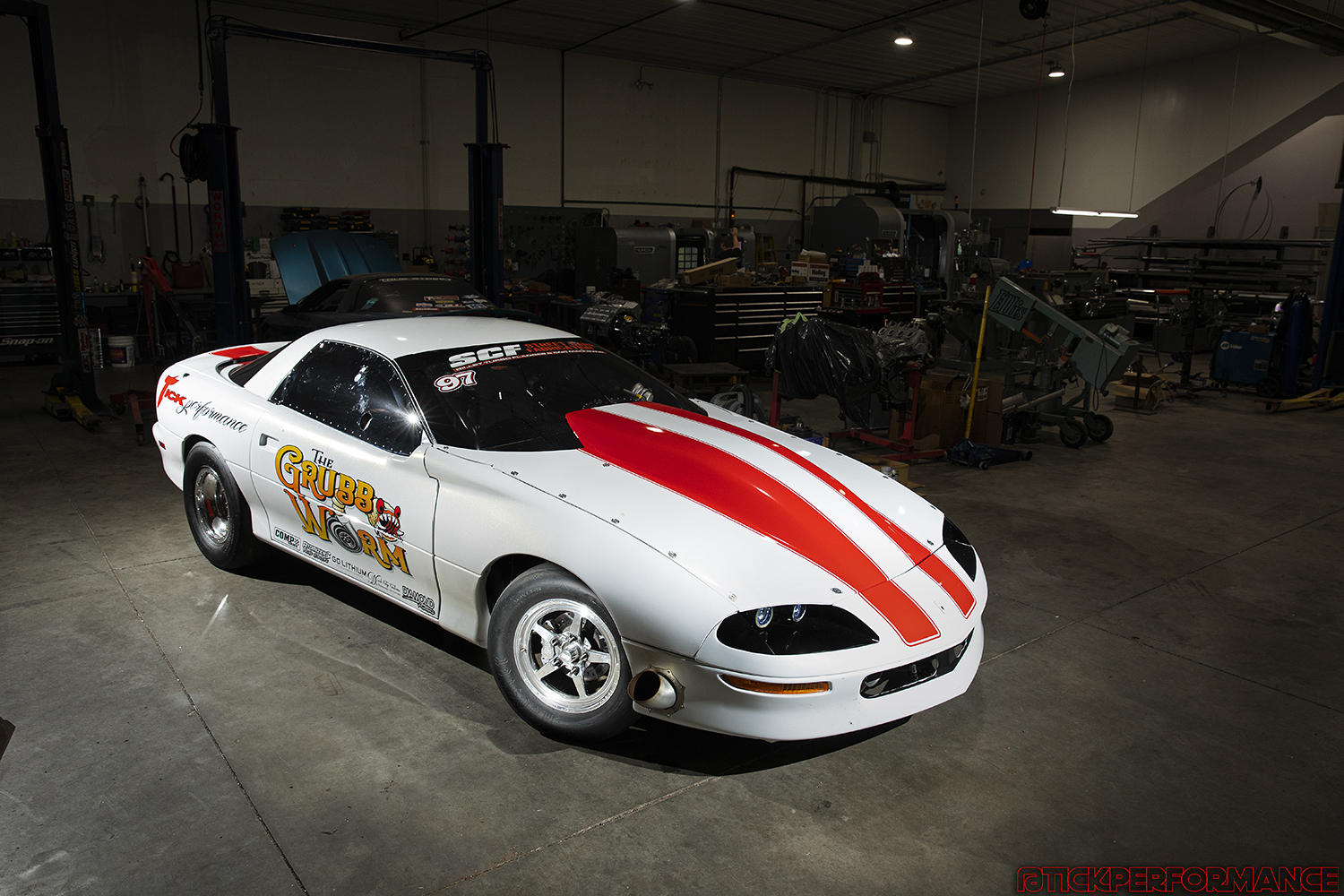