Now that the long weekend is over, I want to give thanks where due and do a race re-cap. We traveled to Bowling Green, Kentucky, for our second LTx shootout Friday. We took home the win in the Outlaw class on Saturday. We then drove straight back to Shadyside in Shelby, NC, for Man Pedal Cup on Sunday, where we were also fortunate enough to take home the win there also!

First, I want to thank all the guys at Tick Performance. They not only helped build the 'ol Grubb Worm, but also did their jobs well. It's a good feeling knowing that we can go racing and the shop will still run like a well-oiled machine. We're very blessed with a great business despite all that is going on in the world, and I thank God for the good crew we have.

Next, there are many sponsors and people who have helped with the build or with parts. Without their help, we wouldn't be anything. Stephen Eades and Joey Anthony at Rock Solid Motorsports built the turbo system and cage and quickly got us in for turbo updates or just whatever. Tristan Kimpel at Precision Turbo has been great to deal with. We have stepped from an 8891, to an 88XPR, to now a Pro Mod 102, always looking for more. All have worked flawlessly...

Donnie Street Carr provided us with one of his billet turbo flanges, and Maven Performance products supplied us with mounts as we've changed from the 8891 to the Pro Mods. Go Lithium gave us the hookup on an excellent lithium battery that has been great for two years now.

Other companies who have offered us support include Diamond Pistons, Chad McCreary at Copperhead Graphics for the wrap, Matthew Cutler at Cutler Fab for some random fab tasks, Jimmy Grooms at Dark City Performance, and Crower for a killer 3.250" stroke one piece seal SBC crank. Comp Cams for the cam, rockers, and lifters. Billet Atomizer for the 550 lb/hr injectors. We've run for two years on M1, and not a single issue. Also, G-Force for the gear set that keeps on going. Finally, one of the key pieces to our success is the Advanced Clutches 8" twin adjustable from Rob Youngblood, that helps up put the power to the ground.

We met an LTx legend at BG, Tony Shepherd. We were lucky enough to make side by side 7 second passes in the final on a less than ideal surface for the first 7 second passes LTx Shootout history! Tony and his family have got to be some of the nicest people I've ever met. The LTx shootout is as much about seeing the people who share an interest in those old scrub engines as it is actually racing.

By 5pm, we rolled out of BG headed toward Shadyside in NC. We got there around 1 am Sunday morning. Man Pedal Cup had the largest field of banger cars I've ever seen... 17 cars!

We made our way through a few rounds in the afternoon heat with an A-B tuneup that was soft on the bottom to lay down low 4.90 ET bracket passes, haha. The track was definitely tricky in the sunshine!

Troy Klutts was there to help on the starting line and Jonathan Anderson and, of course, 'clutch rock' Johnny Atkins lol. We kept the tune the same once the sun went down and continued our string of 4.90's. We would have had a whole stack, but a few passes, we shut her down early after the 2-3 shift to avoid packing that chute lol.

I've had a few race cars and helped with many, but to say how impressed I have been by this LTjunk is a huge understatement. This thing has been the most reliable race car I've ever dealt with from the front to the back. Aside from some questionable tuning earlier this year on my part, this junk just does lap after lap at 1500+ hp shifting at 8600 RPM every time (knocking on wood).

All with a stupid production 90's gen 2 LT1 block, a production LT4 intake manifold, and some 10-year-old 23* Trick Flows. If this junk holds together, we will put that Pro Mod 102 to work this fall and knock that 6-second barrier down. 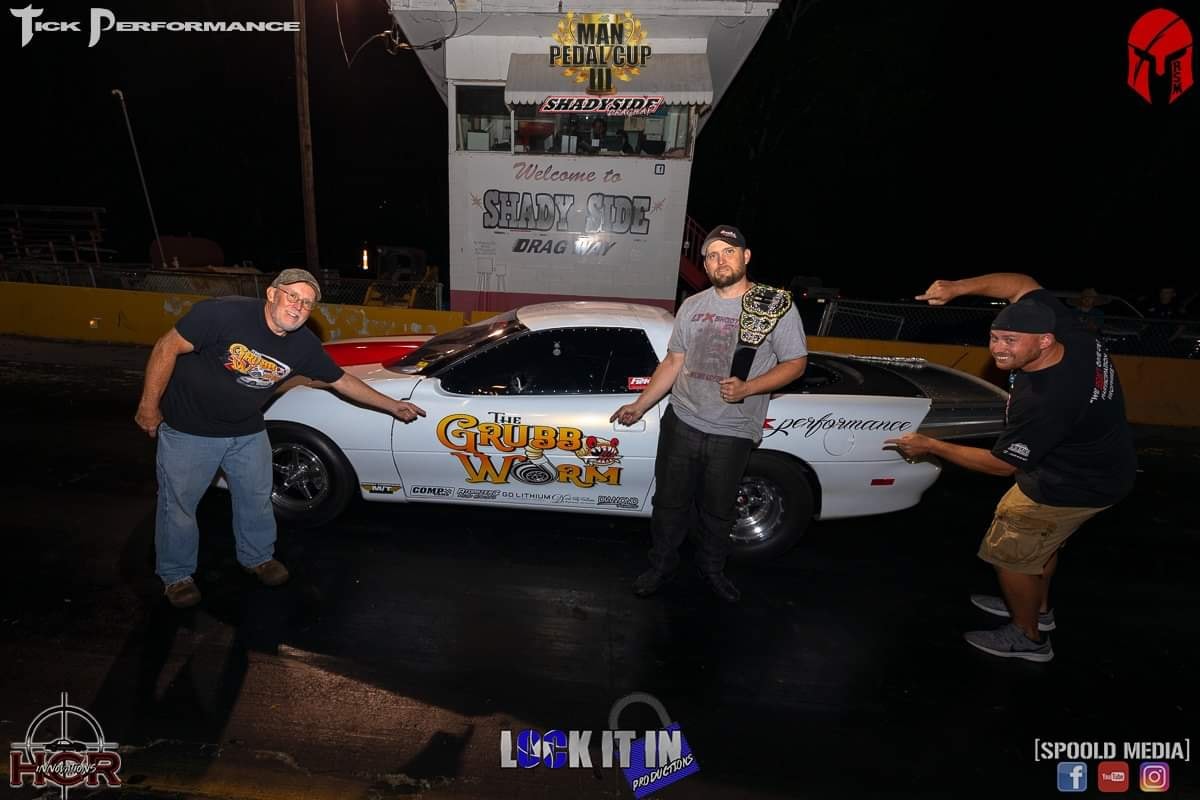