Haltech World Cup Finals ended this past Sunday with a couple new records! Most notably Joel Steele, who continues to push the limits of the Stick Shift Drag Racing Class with his S197 Mustang.

Steele ran a 6.81 @ 208mph during a qualifying round and backed it up with a 6.81 @ 210mph pass! He took the title of Fastest H-Pattern Car from Joel Grannas and his latest 6.84 @ 213mph pass in his Supra. Before Steele could push the car any further the engine developed a knocking noise after his back up pass. 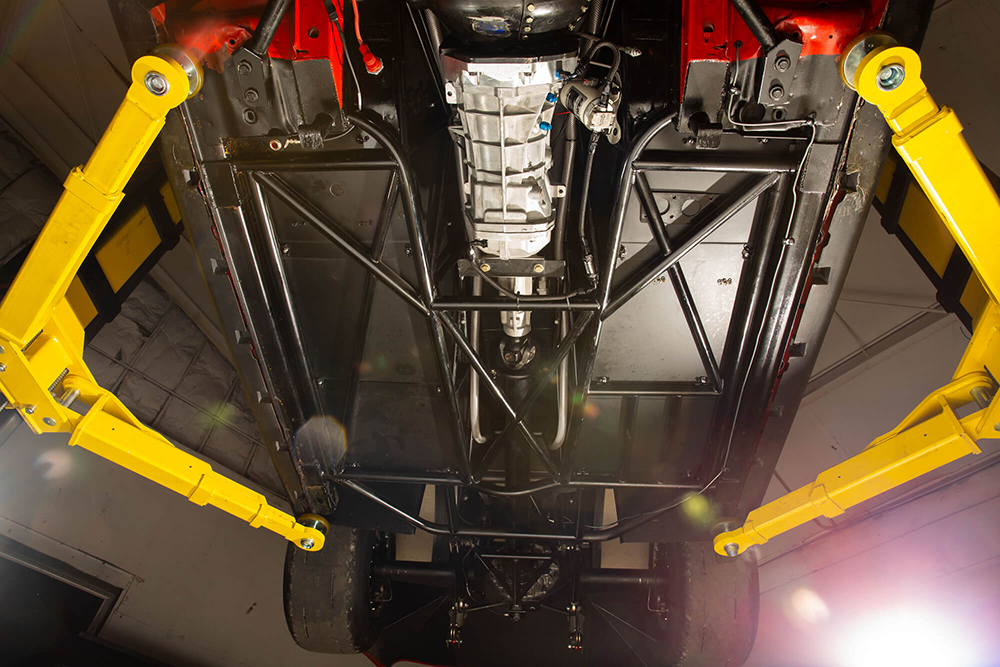 Shifting is performed by a Tick Performance Ultimate Race Transmission based on a Tremec Magnum XL with a Pfitzner Performance Gearbox (PPG) billet, dog-ringed gearset. Steele uses his Holley Dominator ECU to trigger an ignition cut. When Steele hits redline, the Dominator allows rpms to fall just long enough to complete a shift. Once back in gear, full ignition returns. He uses an adjustable slipper clutch only to launch the car. Shifting happens within a split second, without the clutch. 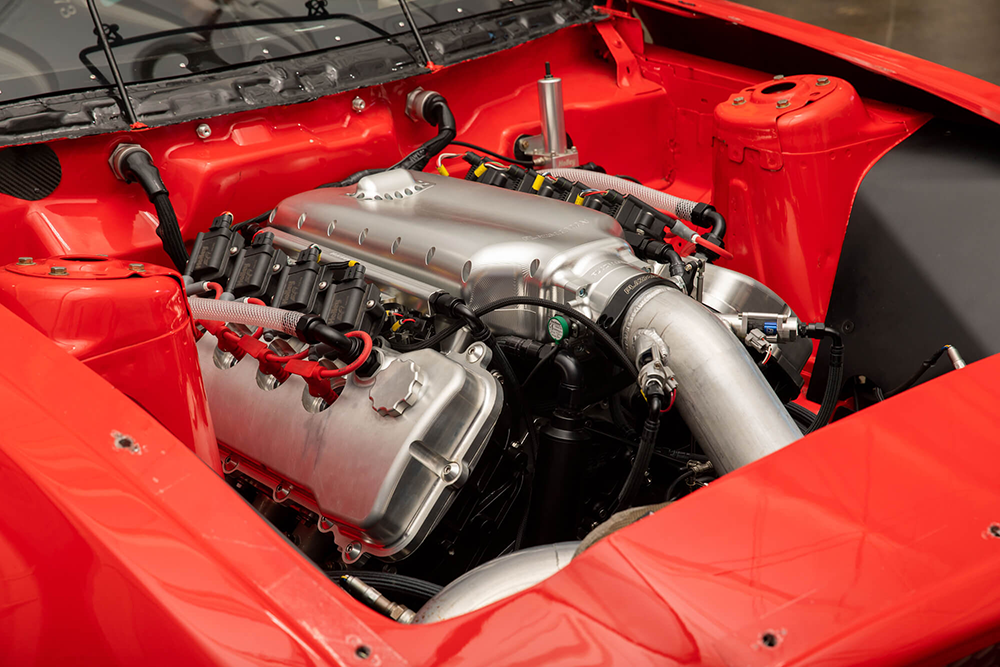 What's even more impressive is he's still running a factory ford block (with aftermarket internals). TKM Performance in Denver, NC built this Gen-I Coyote based on a factory block. The coolant passages are empty, but the Renegade Methanol allows the car to run cool enough. The valve covers are JC Customs CNC and the intake a billet unit from Plazmaman. TKM Performance has a billet engine currently being assembled to replace this one. Parts shortages delayed that engine which was supposed to run this season. 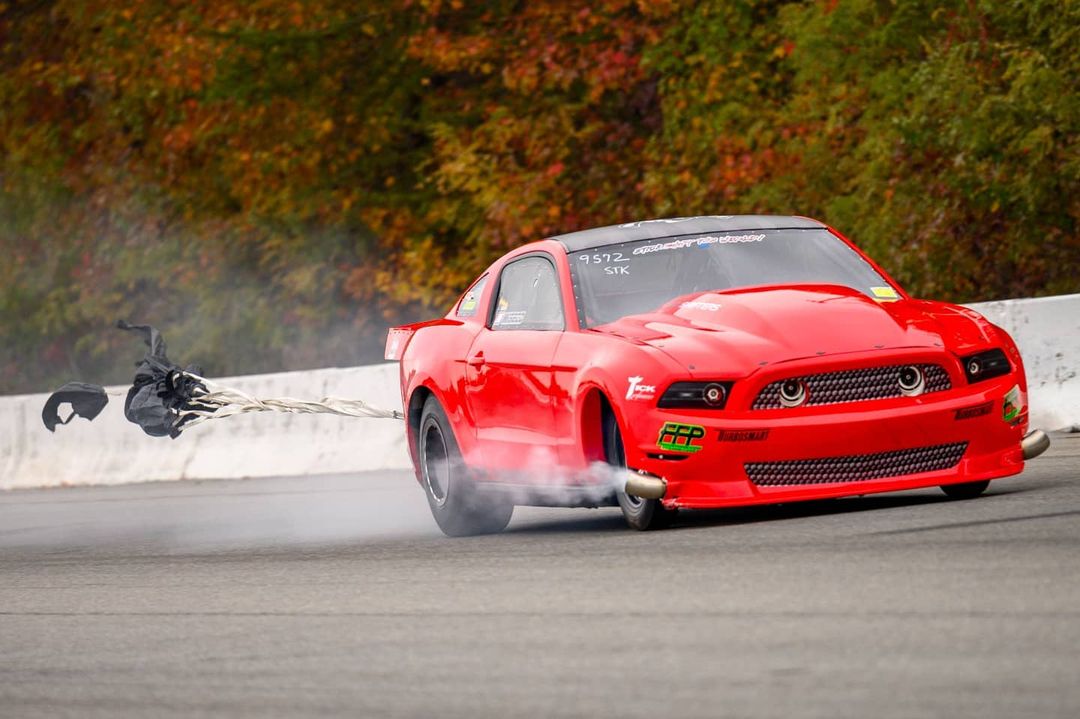 The Racing Channel recently interviewed Joel Steele prior to this record breaking weekend. He discusses the build and his plans for the car.