Even though it has been a few, we'd like to report that Jarvis's TT Trans Am has officially made its first track outing.  Just a reminder on the car, its a twin 76mm turbos, fully built in house ls motor, and a built in house Tremec six speed.  The goal of this car is to come out and race in the local stick shift races and more and its already started on the good path.  After a small test session to get Jarvis some seat time in a Piedmont Dragway, he would take on the stick shift competition at 42Autosport's "Bad Blood" race at Farmington Dragway.

With a good qualifying spot at his personal best at 6.11, he would find himself going rounds in competition.  His day was cut short when he faced Alan Morgan in the semi finals and proving the Trans Am could do a little drifting on top end.  With more progress  being made and more seat time, look for this car to drop deep into the 5s and see a winners circle here soon!!!!! 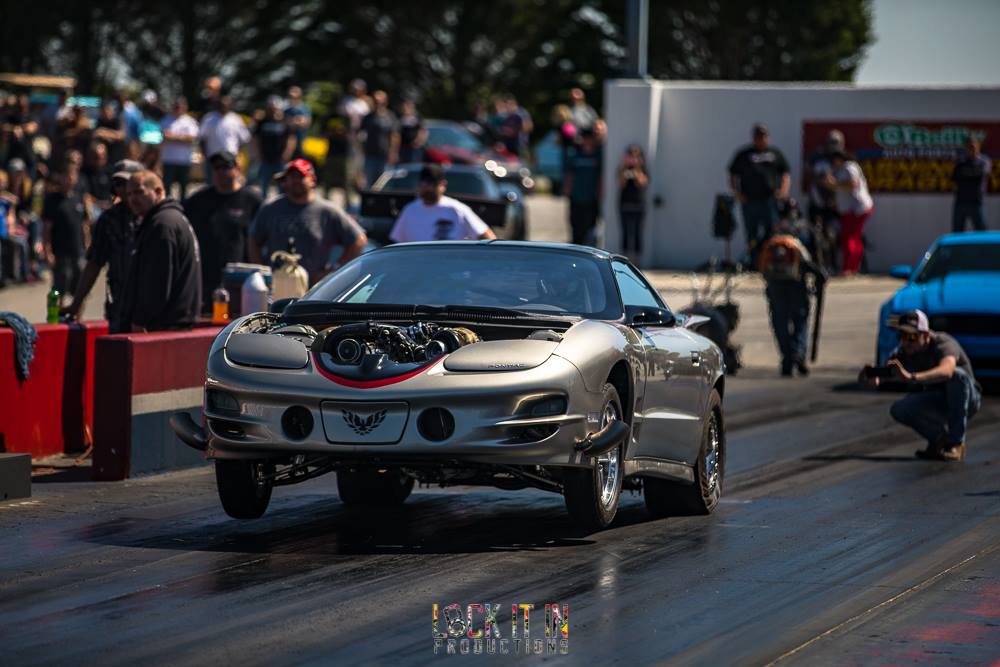