Kevin is 33 years and has always had a passion for cars and trucks, mostly the latter. His dad started an automotive repair shop 20 years ago and after graduating from high school, Kevin did a 2-year automotive program and he’s been a full-time mechanic for the past 13 years. 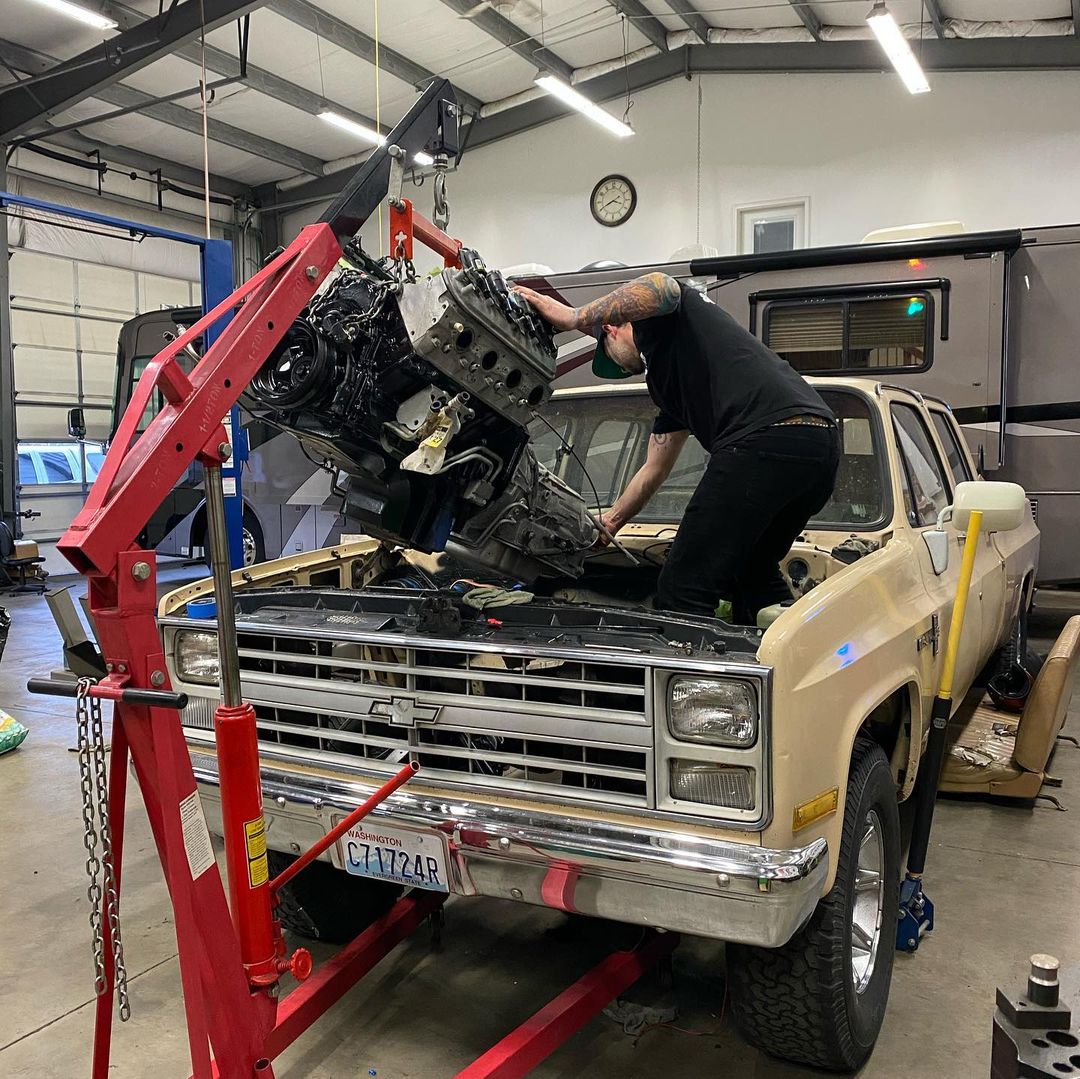 Four years ago, he got introduced to autocross and he thought it looked like a lot of fun. He didn’t have a car or anything sporty for that matter, just his 1991 Chevy S10 truck which had a lowering kit, wheels and tires. It was also his daily. His plan was to go to an autocross event first to see if he would like it but the year prior to that, he had swapped the factory engine and transmission out for a LS engine and T56 transmission, and most of the suspension was redone. He enjoyed that event, and also moved on to competing in bigger events like Holley LS Fest where they included a road course sessions and that’s where Kevin picked up on his true passion for driving on road courses. He got so much seat time and it was a lot of fun. He also competed in a SCCA Time Trials event and loved it. In 2020, Kevin pre-registered for GTA and the rest is basically history. 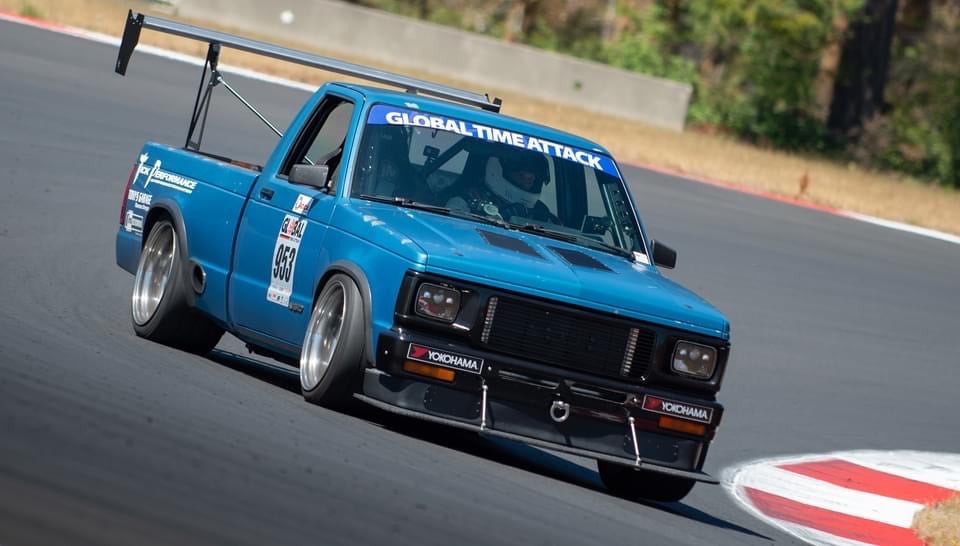 His first event was nervous and intimidated to say the least; he was driving under a new sanctioning body after all. He was also diving among a group of drivers he’s never driven with before and it was also a new track for him – The Ridge. As the weekend progressed, he started getting faster and got more comfortable on track, as well as having a lot of fun with the laid back and relaxed vibe from the GTA crew. From that moment, he knew he would be back with them. 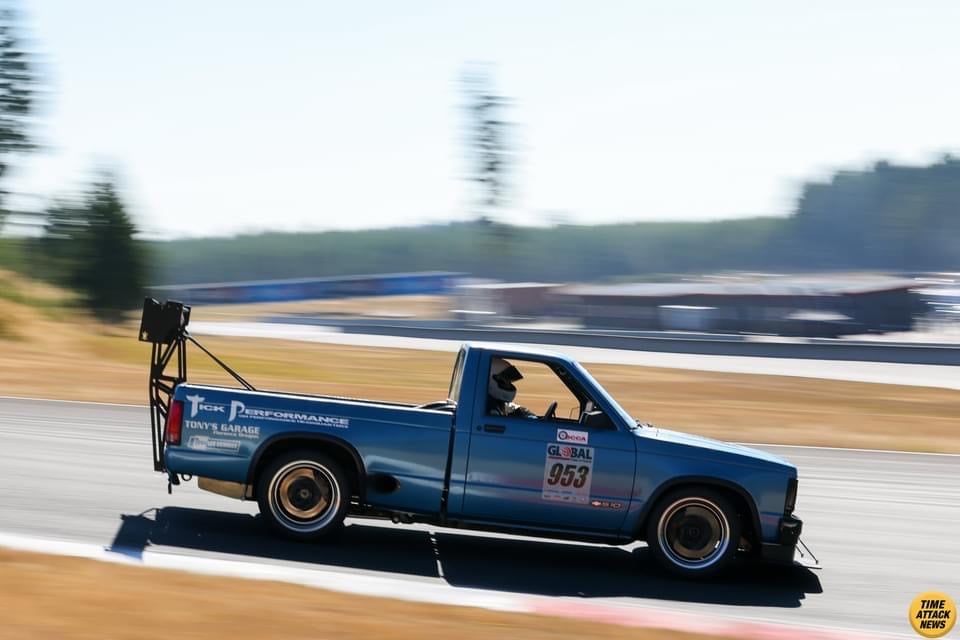 What keeps him coming back to time attack is the competitor in him that wants to be faster, and having the opportunity to do so in a fun environment with great people at some amazing tracks. He still gets nervous at events and spends some time clearing his head prior to being on-track, but once he’s on track, everything disappears and it’s all fun for him from that moment onward.

The story behind the truck is that the truck is pretty special to Kevin. He bought the truck from its first original owner who bought it new from the GM dealership that Kevin’s dad worked at when Kevin was a kid. When his dad moved on to opening his shop, the owner also followed him and Kevin’s dad continued servicing the truck until it broke a timing chain, which was about 7 years ago. At that point, the owner no longer wanted to fix it so Kevin bought it from him and fixed it. He then turned it into his daily driver and kept it stock for several years, other than the lowering kit along with some wheels and tires. It all snowballed into what it is today after Kevin found autocross and LS swaps.

Getting a truck to turn and respond like a car has been a challenge and took some work. He’s still currently working on changing things in the front suspension department to improve the handling of the truck. Traction is also another issue with truck in general as they are front heavy and so Kevin started moving as much of the weight as rearward as possible, and he also found out in the beginning that he would need to run as large of a tire that he could fit under the fenders. He then ordered the wheels and tires that he wanted and then cut the fenders until they could fit. 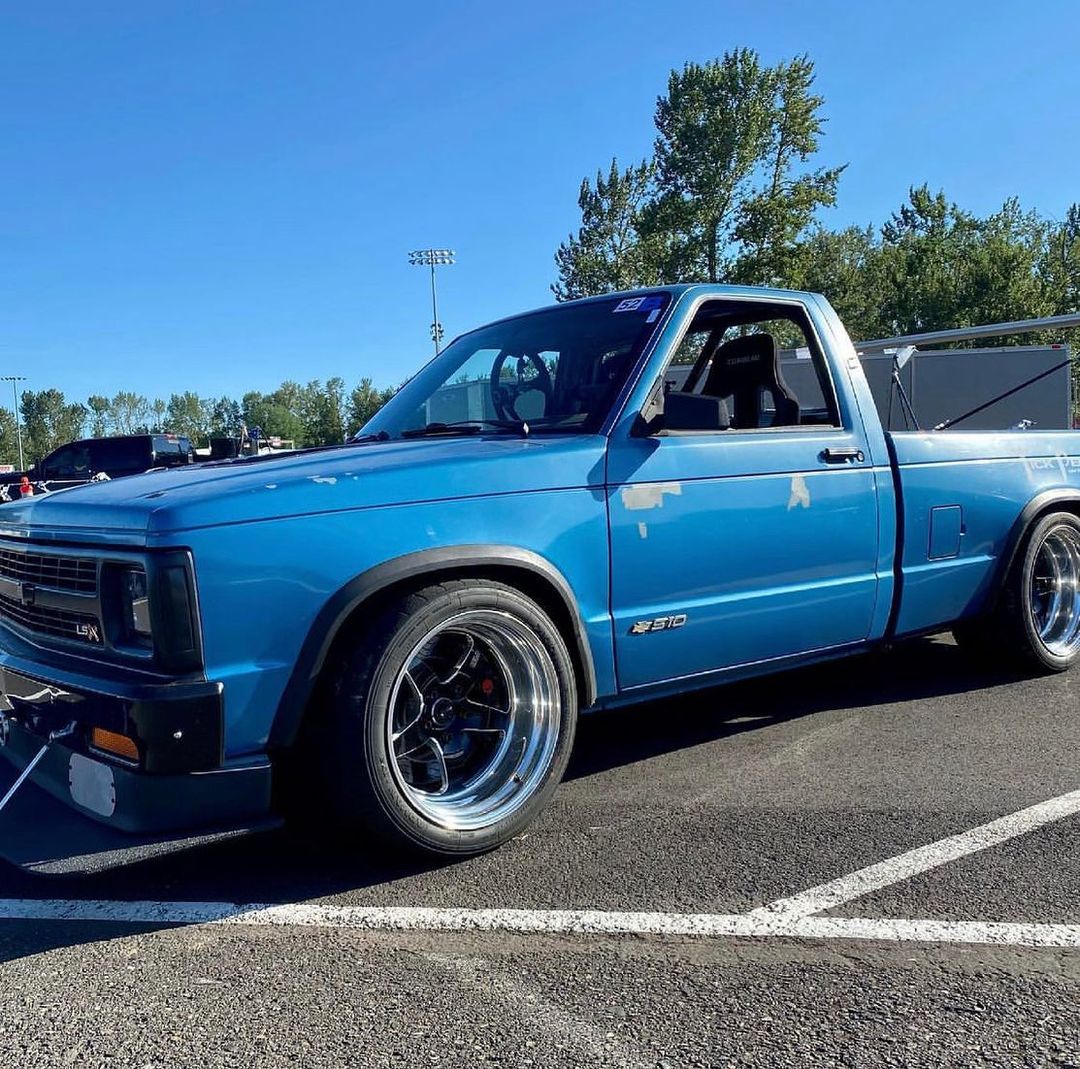 Another thing that was obvious was that trucks are basically aerodynamic bricks but that was fine in Kevin’s eyes as he loves the truck, but if he wants to push the truck even further he’d definitely need to take that into account and some aero development would be in its future. Safety was another thing it lacked so he had his friend from Level 7 Motorsports in IL build a custom cage for the truck and he also worked with Nine Lives Racing to build a wing and front splitter for the truck. The truck is getting better and better as he continues to drive it and he sees the aero getting more attention and more aggressive in the future.

He competed in GTA at The Ridge last weekend and he’s currently unsure if he’ll make it the GTA finals as it’ll depend on the progress of his new engine build. Other than that he’ll try to squeeze in a few track days.