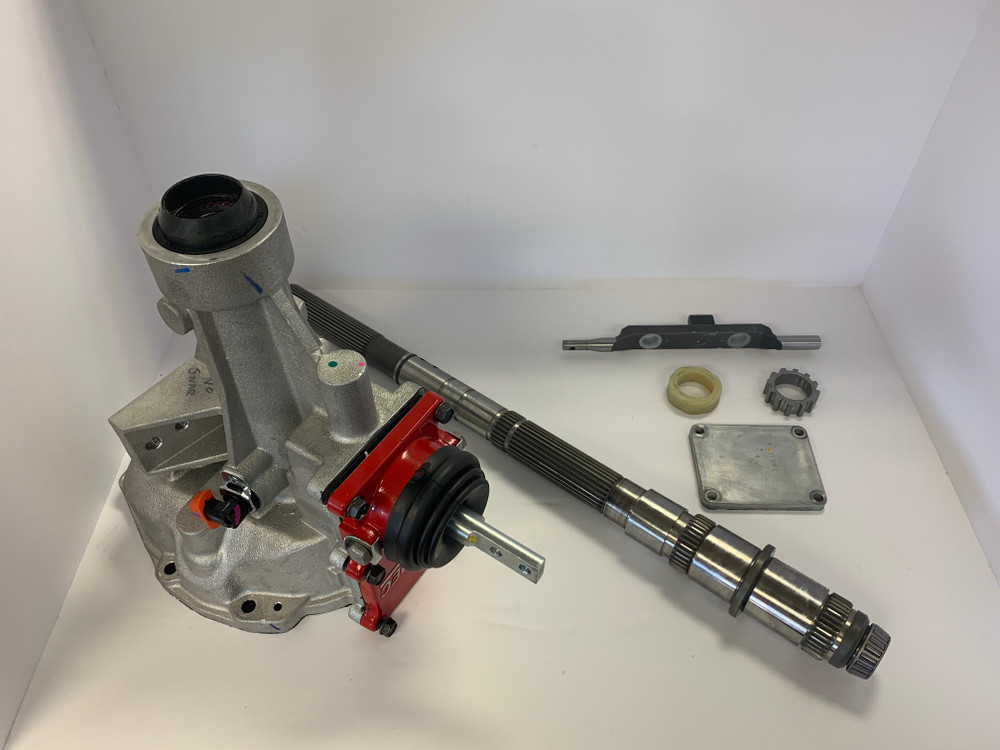 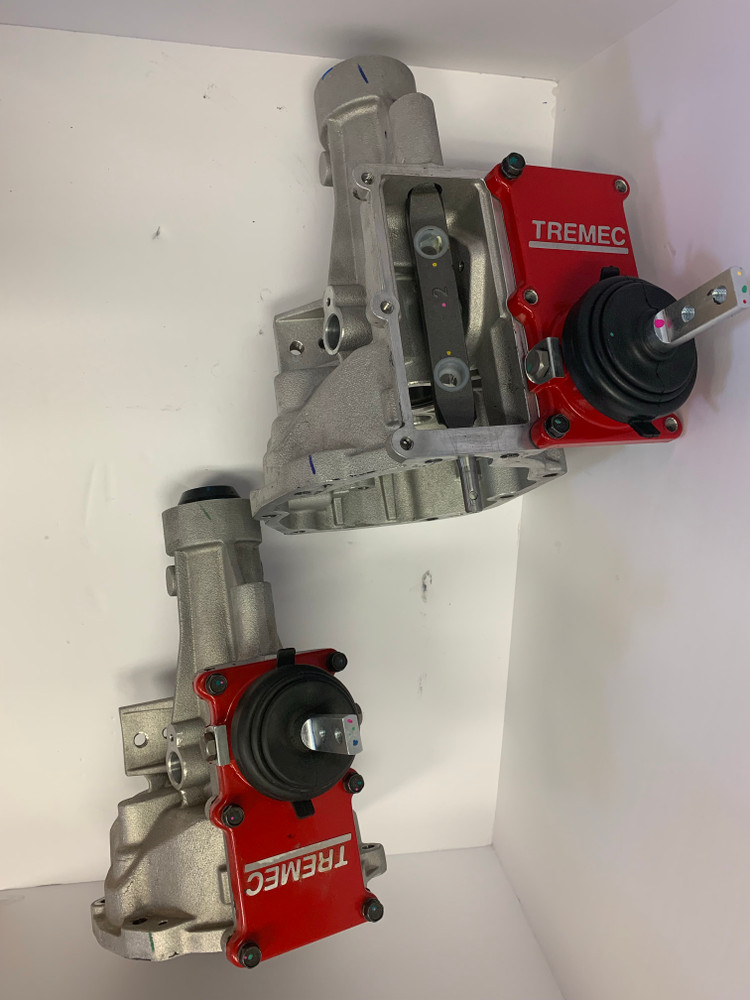 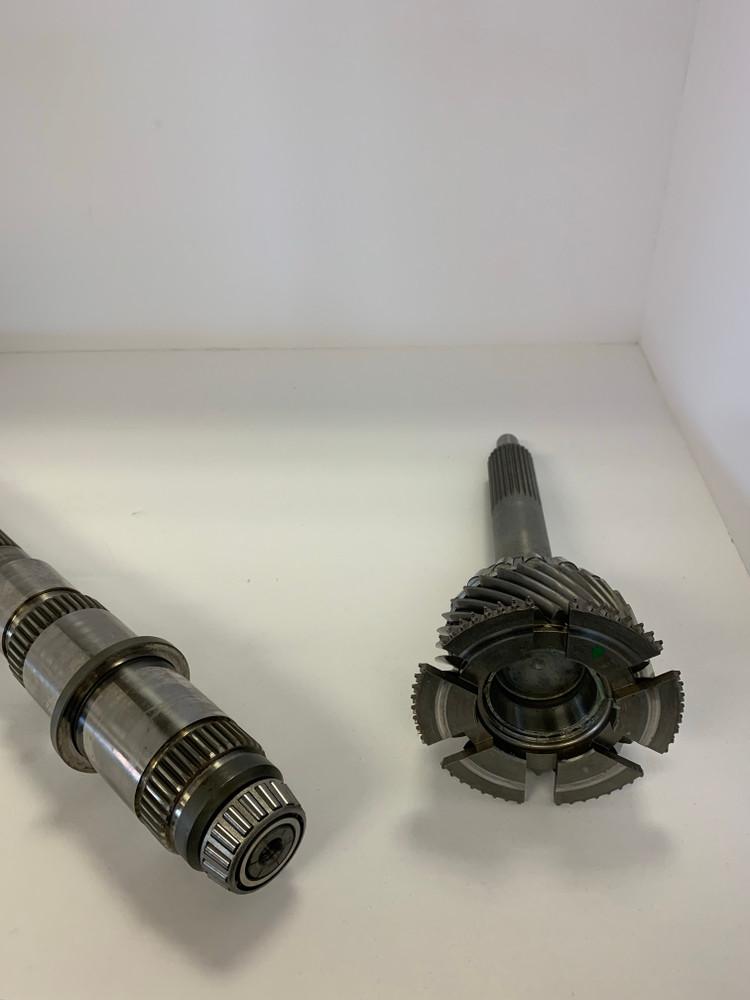 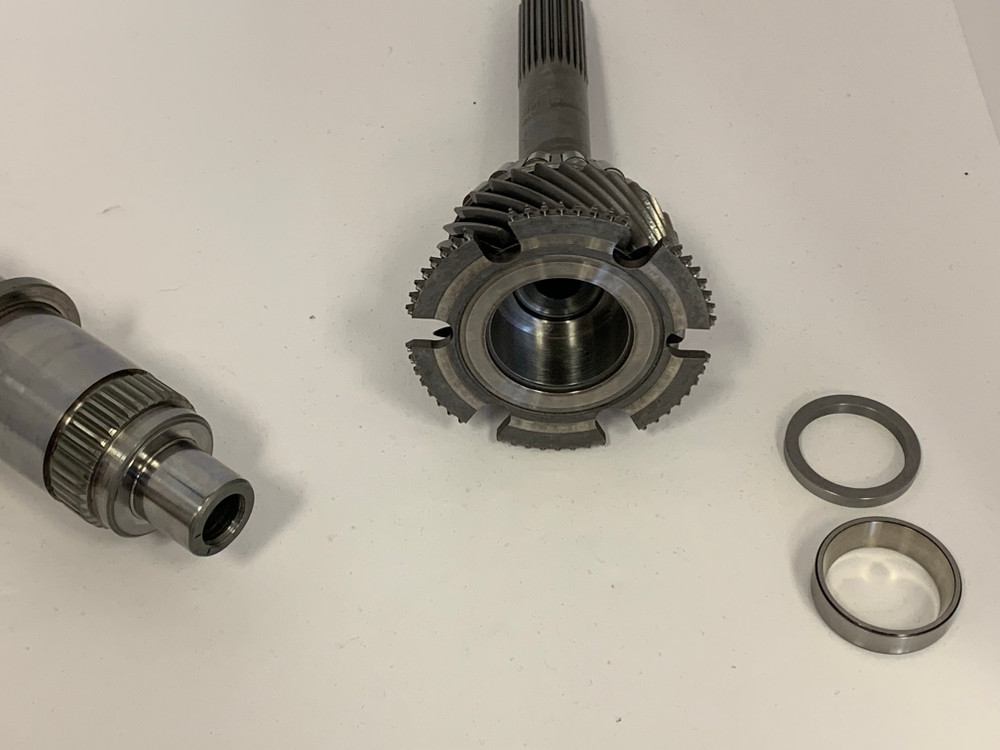 Convert your take-out TR-6060 transmission from 2010+ Camaro's, 2008+ GT500 Mustang's, or 2009+ Challenger's to a conventional slip yoke style tail with a shifter directly mounted to the tail housing.  This eliminates the hassle and confusion when sourcing a custom driveshaft for your swap application, classic muscle car, or truck.  The OEM tail housing / output shaft design of these transmissions use a splined flange which is coupled to the driveshaft with a rubber coupler as opposed to a universal joint.  With this conversion, any driveshaft shop can make a shaft to your specification and for much less money than the OEM style shaft found in these late model cars.

Aside from just making the driveshaft cheaper and easier to source, it is also stronger!  The output shaft included in this kit is the same one found in the T56 Magnum transmissions; Tremec's aftermarket solution for the swap market.  This is a 31 spline output shaft which you can compare to a 27 spline shaft found in the GM and Ford T-56 transmissions or a 30 spline shaft used in Dodge Vipers.

A shifter is included, and is also reversible.  There are two cups on the shift rail, which allows the shifter to be mounted for best fit in your application.  A shifter handle is not included.  The OEM shifter mounting method on the TR-6060 transmissions used a remote mounted design which relies on bushings, linkage, and perfect alignment to shift properly.

***There are two designs of input shaft pocket bearings.  The magnum mainshaft uses the early style tapered roller bearing.  If your transmission is pre-2012 you should already have the style of input shaft you need for this conversion.  If your transmission is a 2012 or later, chances are you have a different style pocket bearing which is not tapered and does not have a serviceable bearing race.  If you have the later style input shaft send us the input shaft and we can machine it to accept the early style bearing.  You can choose to add this service via the drop downs if you know which style you have when placing your order.  An input is not included in this kit, but is shown in the pictures to show the different designs.

The tail housing, shifter, and components are new take-off items removed here at Tick during F-body style tail housing conversions on new Magnum transmissions to make for a direct swap in those applications.  The mainshaft itself is a brand new Genuine Tremec part.

You are buying the parts only to complete this conversion, however we would be glad to handle the conversion as part of a rebuild done here at Tick.  Call 336-719-0599 for more details!