This past weekend went about as well as we could have possibly hoped for!

Jonathan and Grubbworm took their rain boots and radials down to Gainesville Florida to FL2K to compete against some of the quickest stick shift cars in the world with an almost all-new setup. Jonathan had hopes of running into the high 6’s at some point in the weekend but the new Gen 1 bowtie small block Chevy in Grubbworm had other plans.

Running side-by-side with Cleetus Mcfarland in Mullet Saturday night, Grubbworm broke the H-Pattern Stick-Shift world record by throwing up a 6.61 at 216 MPH in a round of 4 grudge race for $3,500! Breaking the previous record set… well… hours ago by Jonathan and Grubbworm during qualifying which was a 6.75 at 213 MPH! Both breaking fellow team tick member Joel Steele’s previous record of 6.81 at Import Vs Domestics set in his mustang. Jonathan talked to Drag Illustrated a little about the record-setting results. 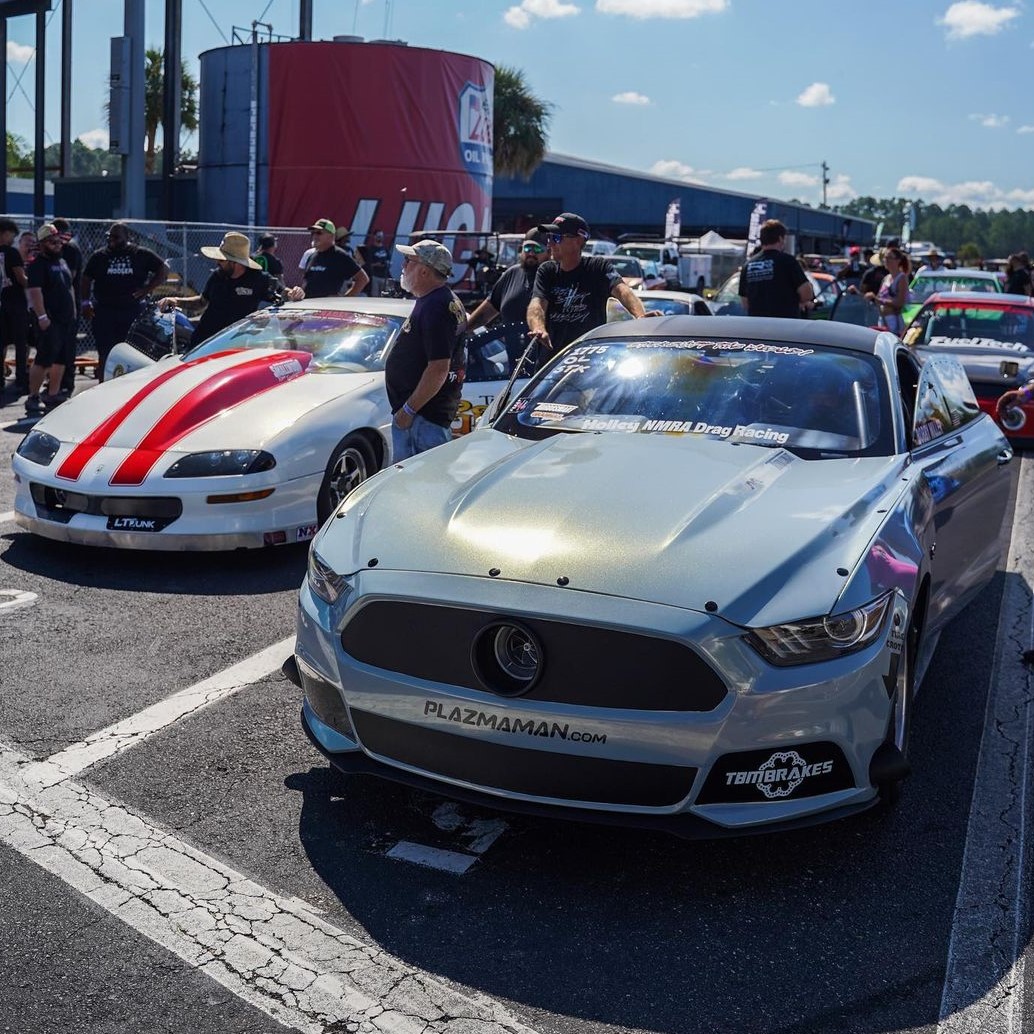 “We had an idea based off of some eighth-mile times that we’ve recently done that the car could or should go 6.80s,” Atkins said. “There’s always that H-pattern record in the back of your mind. You’d like to get that just for the bragging rights. We didn’t really imagine we’d come here and get the record. We thought we’d come here and just get into the 6s and try to win the event. Being in Florida, it’s not the greatest conditions when you talk about October weather conditions. But the track’s been phenomenal, I mean unbelievably good. We went out and put a 6.75 down on a pass that we thought would probably be a 6.90, so that kind of blew our minds.” Jonathan to Drag Illustrated

Normally in any kind of drag racing if you do it long enough you can feel the difference a few hundredths of a second makes in the car, and may not know how much faster, but can definitely feel it when the car is on a pass.

“I do all of my own tuning on the car, so when we looked at the data from the previous 6.75 pass I turned a lot of it up pretty high as we were going to race Garrett (Cleetus Mcfarland) and I knew he has a fast car.” he went on to say “I put enough in it I wasn’t sure it was going to hold in the 60 foot but if it did we would be going faster. And it held on that pass and it was smooth and felt great all the way down.”

This was all done with a virtually brand-new setup under the hood of the car. Where the OEM block LT1 used to be is a Gen 1 Bowtie small-block Chevy

“All of our racing up to this point has been using a stock block LT1, basically a 350 small-block Chevy, fully filled, no water,” Jonathan said. “Very little difference between it and the Gen 1 at that point. But we’d been super-fast to the eighth, just hadn’t done a whole lot of quarter mile stuff this year and what we have done, the track was never really good enough to put it down. 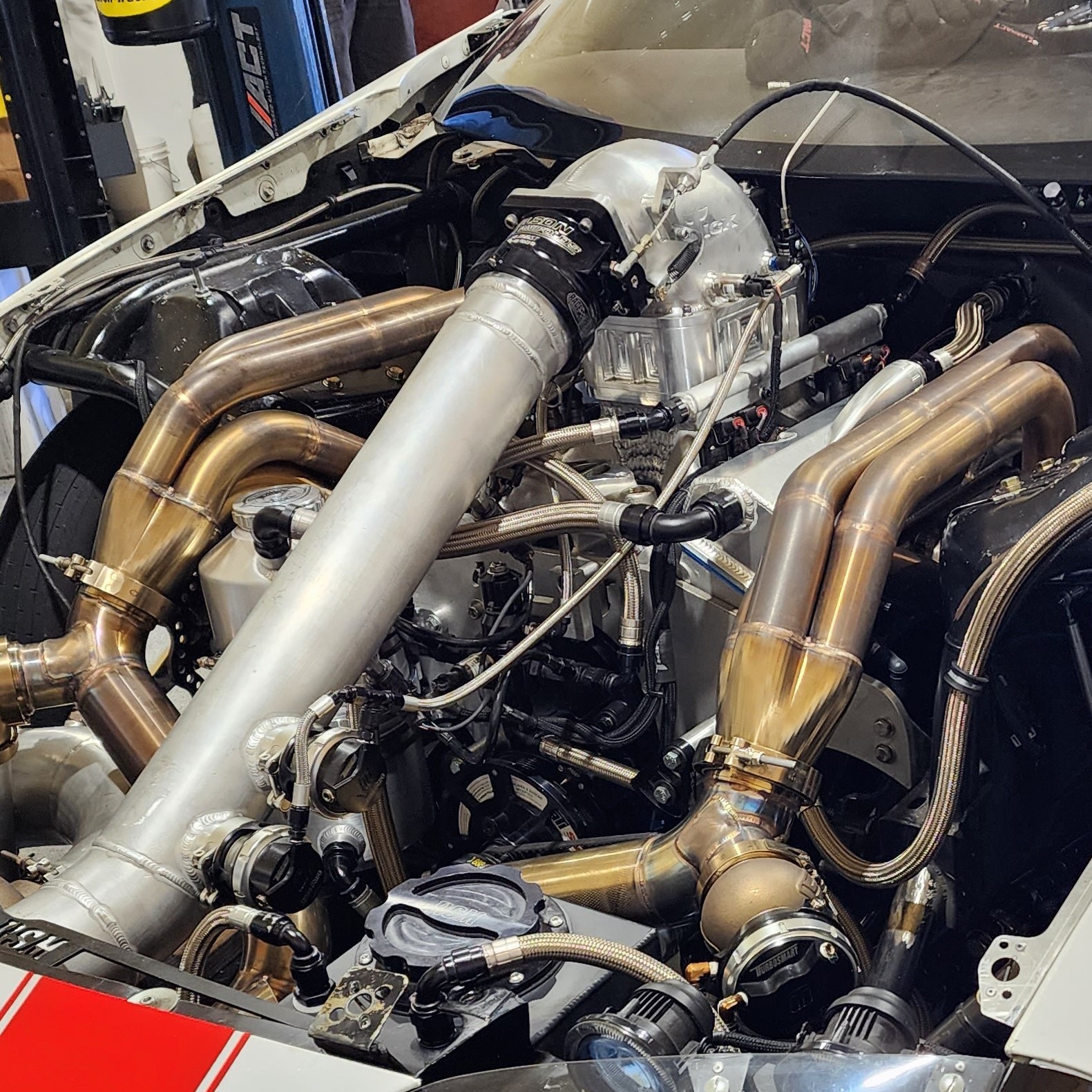 “We just did a Gen 1 Bowtie block, so the engine is really close to what we’ve been running with the LT1, except our bore increased by a hundred thousandths,” Jonathan explained. “We went from a 4.030 to a 4.130. That allowed us to step our cylinder heads up. It’s still the same casting, same brand, a Brodix Track 1, we just went from a 233 to a 245 cc runner and were able to get a little bigger intake valve in it. We also went with a little bigger cam from Smallwood Race Development.” - Jonathan to Drag Illustrated

The new engine setup had barely been broken in as it only had a few ⅛th mile passes under its belt before making the drive to Gainesville for FL2K. However, the tick-built transmission setup has been a tried and true performer for Grubbworm. 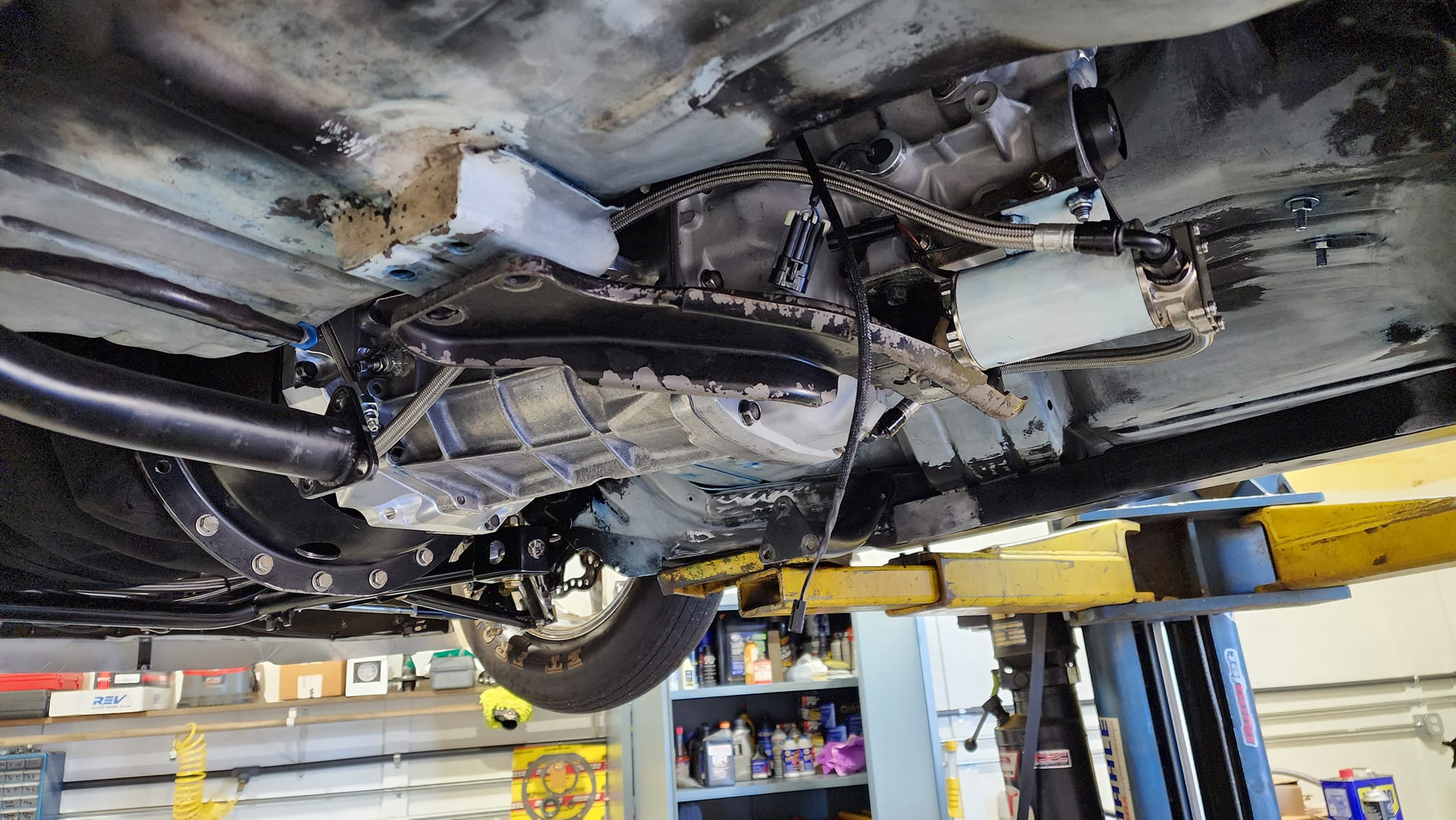 The transmission in Grubbworm is one of our older setups of our Tremec T56, the first Ultimate Drag Race Transmission that has been facing plated with a dog ring setup. It also has one of our billet shifters as well as a clutch from advanced clutches. was built in-house at Tick Performance. 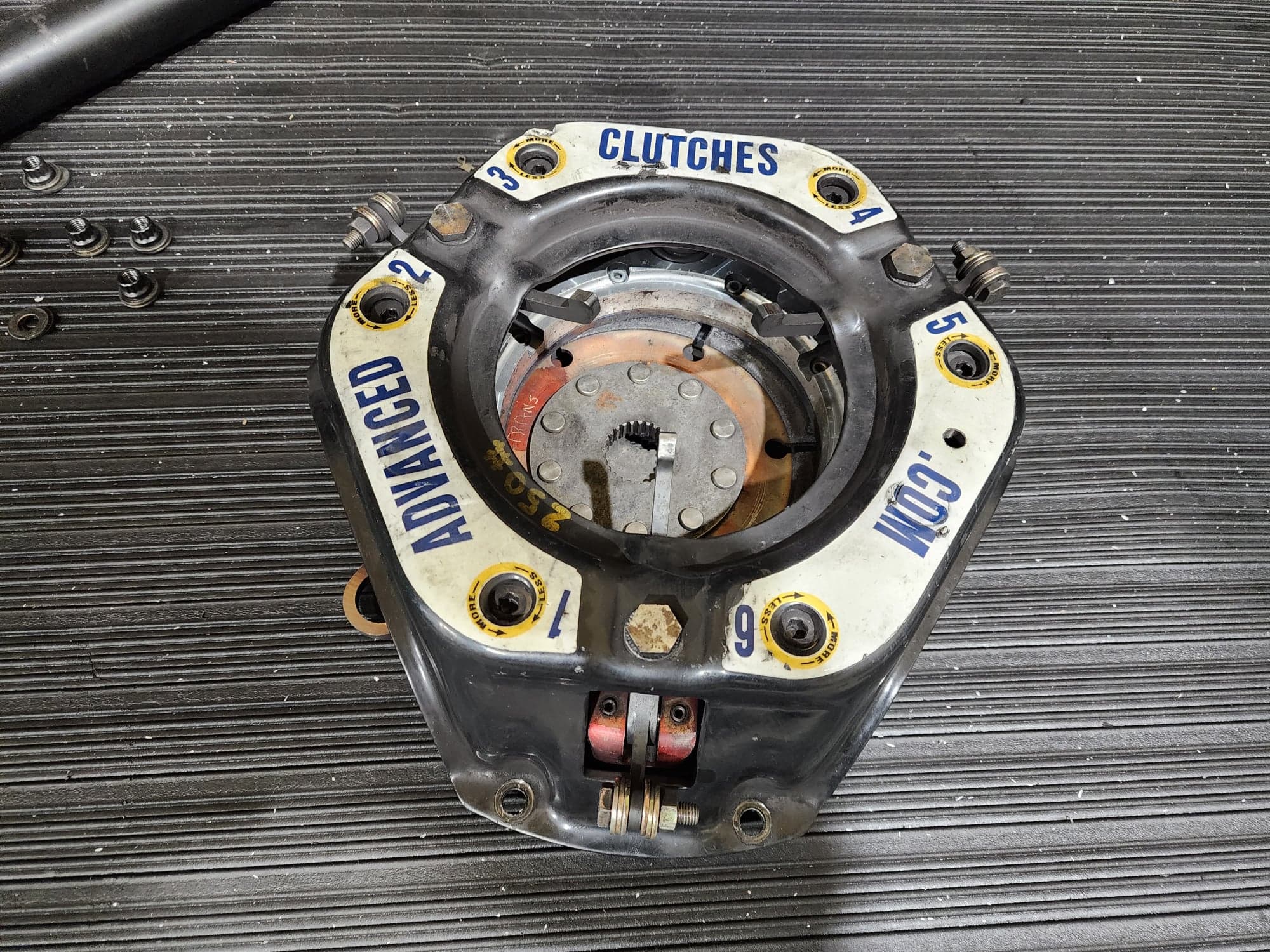 “What’s in the car right now is actually an older clutch that we’ve had for quite a while,” Jonathan said. “It’s an 8-inch twin stamp steel pressure plate, 3-lever, old-school, long-style clutch. It works great. Just like our ET, it kind of blows everybody’s mind that we’re still using that old-school clutch instead of a billet deal..." 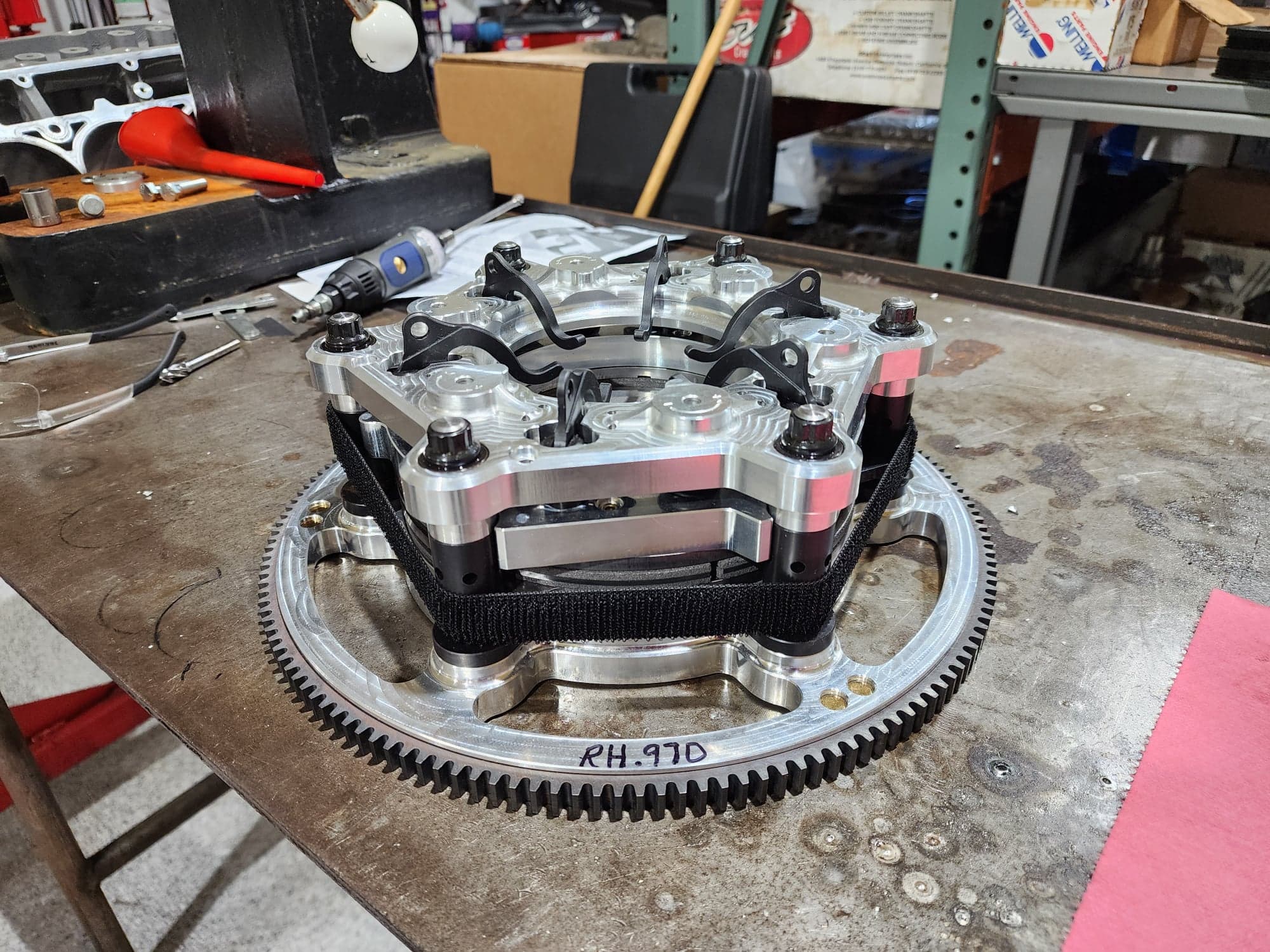 "...We do have a billet [clutch]. We were actually testing that along with the new engine a couple weeks ago. But since we only made two hits we weren’t really comfortable coming out here with a new variable. It’s one of the key pieces to making the stick car work. We just didn’t have time to sort it out and didn’t want to do that here. We put our old stuff back in the car and went back to what we knew.” - Jonathan to Drag Illustrated

Sometimes there is no reason to change anything! As Jonathan and Grubbworm were able to break the stick shift record not once but twice! As well as making it to the finals and losing to Grannas racing who built a killer race car for the Stick shift outlaw class. Not much else could have made it better. 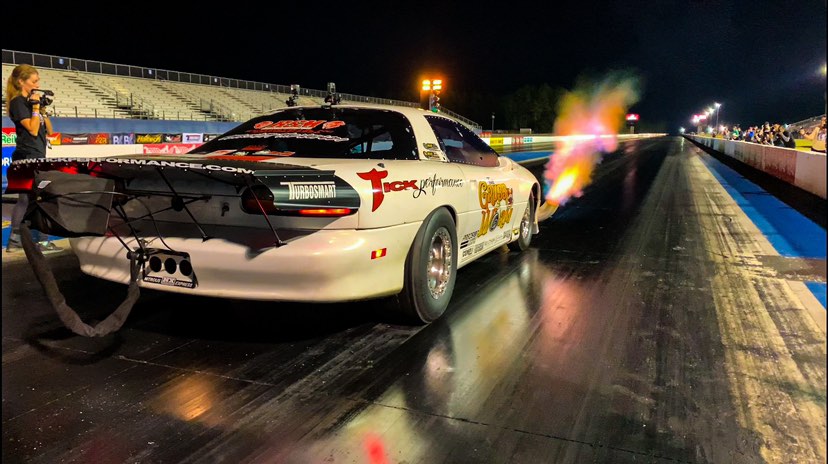 Jonathan said, “It was an awesome weekend, a lot of strange things happened and we had to work a lot harder than normal, but I guess that’s what makes it more fulfilling, the track was amazing, the event was amazing and very smooth, the only thing that would have made it better would have been if we won it.”

Up next is a trip to the world cup finals and a chance to knock the record a little lower as well as the chance to steal that stick shift title to end the year!